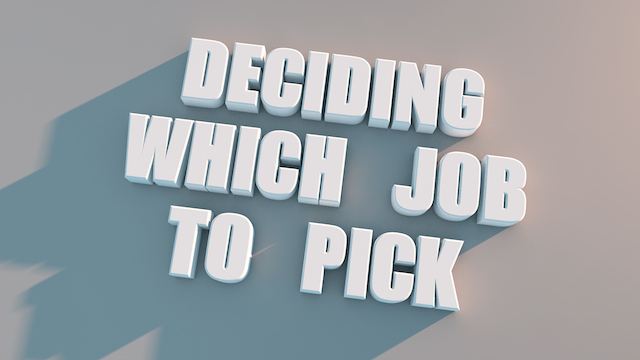 A spreadsheet to compare job offers

A few times in my career, I've been fortunate enough to decide on which job I want most upon receiving multiple job offers.

I made a reusable spreadsheet which you can apply to your own prospective jobs, instructions at the bottom. Here are my personal observations on the pros and cons of two jobs I was evaluating.

They both made offers, so to decide between the two, I tallied them up against the following criteria:

The actual spreadsheet I used for two jobs in particular

To use this yourself, you can find the table on GitHub or use this Google Sheet

Which I think are two very important points. Examples:

Hopefully this spreadsheet, or maybe my thought process can give you some tips when deciding for yourself.

Also as a reminder: The actual pros/cons shown above are my personal opinion, and are not representative for the organisations as a whole in question, since I only interviewed with a single team in both cases.

Let me know if you use any other criteria that could be helpful in the spreadsheet.